Built on the location of the ancient 15th-century fortress, the Trélon castle went through several generations of important improvements with great care given to the architecture. This majestic house in the style of Louis XIII, richly ornamented with collections of furniture, tapestry, Sèvres porcelain and superb works of art, is the legacy of centuries.

The Merode name is that of one of the greatest families linked to most European courts throughout history. Since the 15th century, members of the Merode house have carried the titles of counts, baron of the Holy Empire and prince. They are cousins or relatives of the families of Monaco, d’Arenberg, the Spanish or Italian royal families… The estate has belonged to the family since at least 1580.

The more recent history of the family revolves around three men. Félix de Merode (1791-1857) took part in the Belgian revolution, independence and constitution, going so far as to refuse to become king.

He had two sons: Monseigneur Xavier de Merode, an army officer who later became archbishop, chamberlain to Pope Pius XI and pro-minister of the pontifical state’s armies. He died in Rome, in the arms of the Holy Father. « Nobody knew him as well as Pius XI, and probably nobody loved him as much. » The Trélon castle and chapel include numerous souvenirs of this exceptional man.

Félix’s other son, Werner de Merode, was the man behind the « monumentalisation » of the Castle, which included raising the roofs, the creation of the staircase and the addition of the tower containing the chapel.

Great family and great castle mean great History. To visit the Trélon castle is to travel back in time and space across Europe. François Ier of France, Charles V, French king Louis-Philippe, Belgian king Léopold, Pope Pius XI and many other illustrious names are part of the journey, from wars to revolutions, and salons to battlefields. 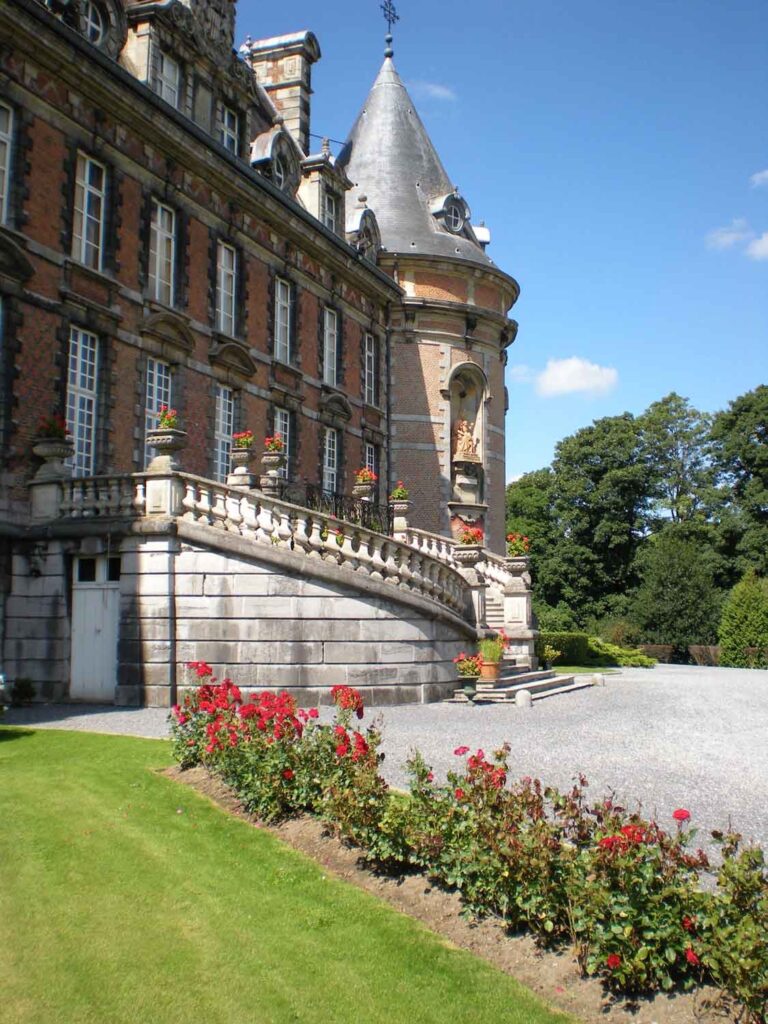 The Castle will re-open in April